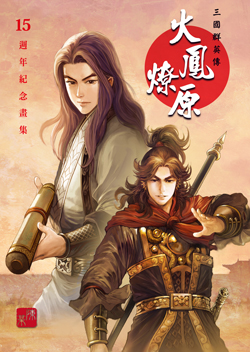 The Ravages of Time

Nearly 2000 years ago, the prosperous Han dynasty of China collapsed. Heroes rose and fell, and three nations emerged--Wei, Shu, and Wu. Historians refer to this period as the Three Kingdoms period. The romance of the three kingdoms is an intriguing tale of heroic deeds, of alliance forged and broken, of loyalty and betrayal. Hong Kong artist Chan Mou retells this classic tale in "The Ravages of Time" from the perspective of the Sima clan, which in the end united the three kingdoms. Readers will be attracted by an array of well-developed characters and Chan Mous own unique top-notch art-style. You also may like: + Kingdom + Ruler of the Land